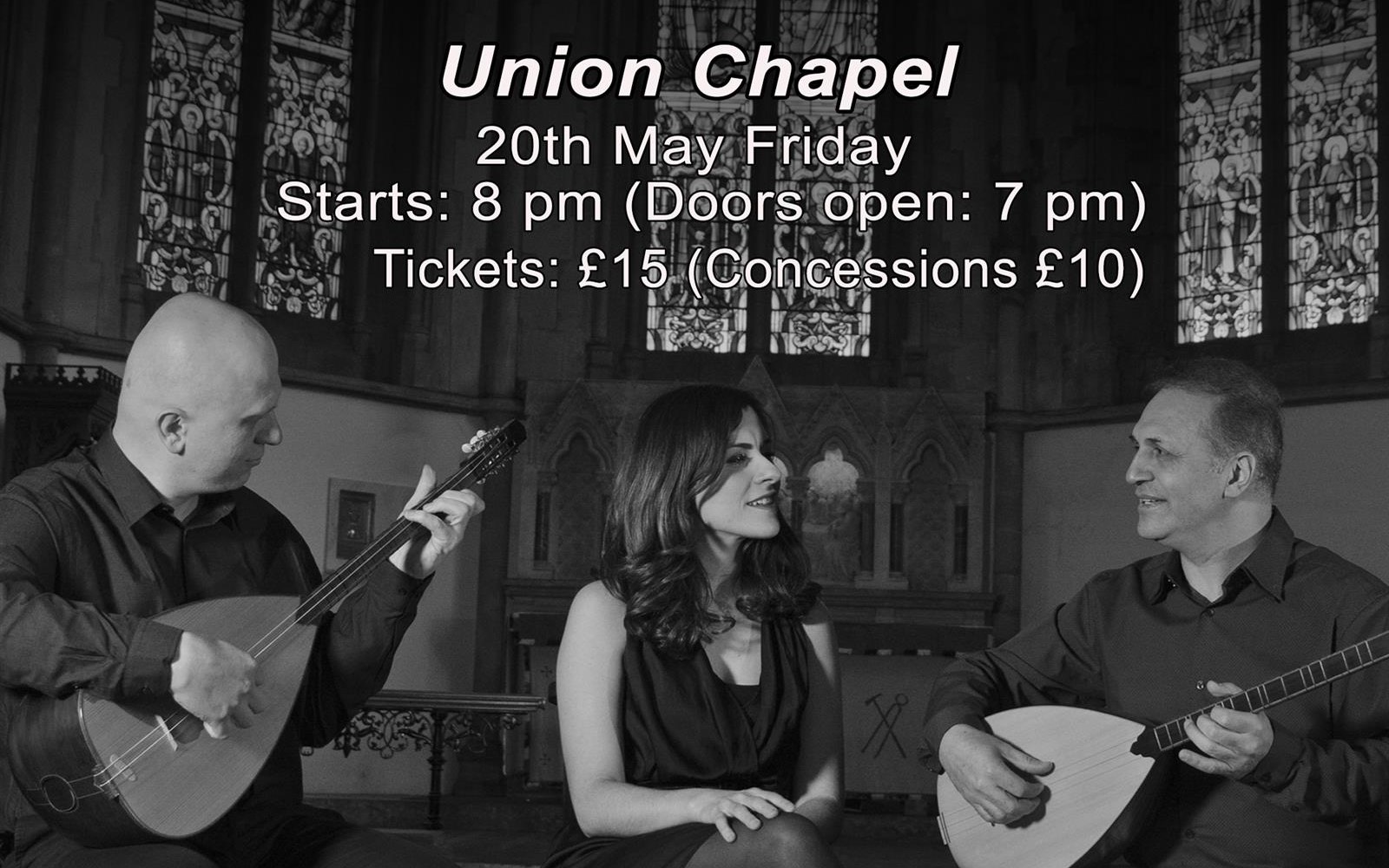 In the recent years with the ongoing development of various baglama ensembles, the two have displayed a minimal example of the new term “baglama music” which shines a light on the reflection of master-apprentice interaction within the city culture. The duo that consists of Erol Parlak, who has great experience by steeping the culture and music of Anatolia over the years, and his student Sinan Ayyıldız, who has attracted great attention with his innovative approach and creations on the baglama, are still carrying on working towards their repertoire to this day. Having performed in numerous concerts since the duo had been formed.

Elena Hadjiafxendi (Guest singer) is an internationally known Greek-Cypriot actress and singer. She has developed an eclectic and distinctive style that blends world music with literary recitation and drama. Elena has performed in many European countries, ranging from Cyprus, Albania and Greece to France, Italy and Britain. Her repertoire varies from classical/musical theatre, film and television, to opera and sound poetry shows.