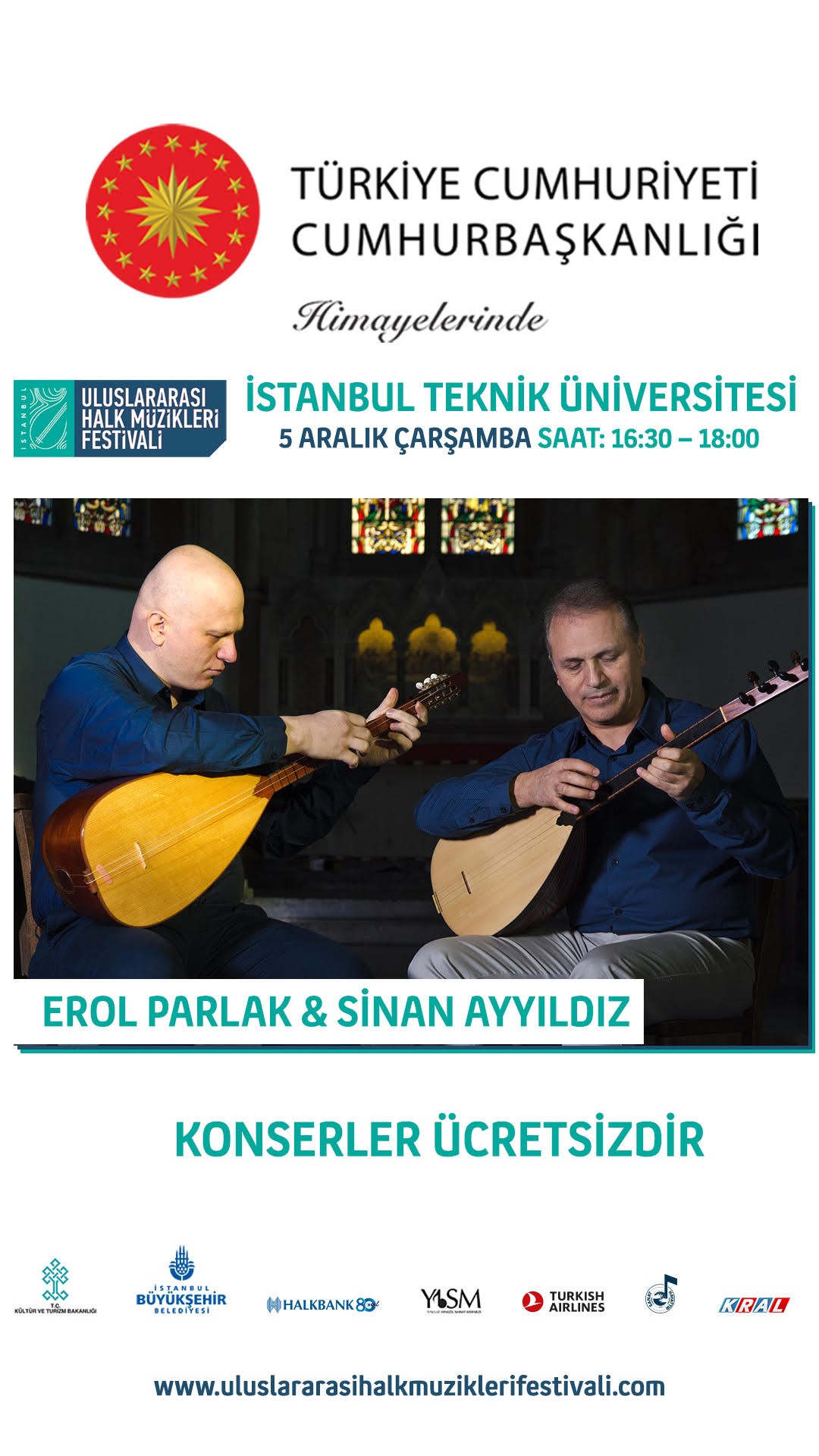 The First Istanbul International Folk Music Festival, which will be organized by the Istanbul Metropolitan Municipality's (IBB) Cemal Reşit Rey (CRR) Concert Hall under the auspices of the Presidency of the Turkish Republic, will start on Dec. 1. Within the context of the festival, a variety of Spanish, Iranian, Korean, Azerbaijani and Turkish folk songs will meet music lovers. Homayoun Shajarian, Paco Pena, Aziza Mustafa Zadeh, Hona, Erkan Oğur & İsmail Hakkı Demircioğlu and Yavuz Bingöl are among the artists who will perform at the festival.

Different cultures in the festival

At the first Istanbul International Folk Music Festival, many cultures will come together through folk songs inspired by the perceptions, thinking and lifestyles of different nations. Listeners will have an opportunity to hear traditional Spanish, Iranian, Korean and Azerbaijani songs with contemporary comments along with Turkish folk songs from different regions of the country.